From horsepower to diesel power

Personal computers have changed our lives, but an even bigger change began 150 years ago with the invention of the steam engine. The internal combustion engine, developed in 1889 in Chicago, was the forerunner to the modern-day tractor. From 1920 to 1950, this invention would replace 18.2 million draft horses used on almost every farm in the United States.

Draft horses pulling an implement or carrying a load used to be a familiar sight on American farms. Today we see draft horses in parades, at living history museums, or at historical reenactments such as old threshers’ days or harvest festivals. We still measure engine size in horsepower, which is the ability of a horse to lift 3,300 pounds to a height of 10 feet in 1 minute.

This process of replacing animals by machines is called mechanization. Although mechanization occurred in many other areas of our lives such as manufacturing and travel, it has forever changed agriculture. With a horse-drawn plow, a farmer could cultivate one acre in about eight hours, compared to 64 acres using a modern tractor and equipment.

But these powerful and useful machines have a dark side. As long as farmers have been using tractors they have been injured and killed by them. The National Safety Council has been recording the number of tractor fatalities for years. In 1990, they estimated that 460 people in the United States died from tractor injuries.

In the past, families have had a dangerous tradition of allowing children to ride on tractors. Riders are never safe on tractors for these reasons:

Many people also believe that tractor cabs can keep riders safe. This is not true! A cab is designed to protect only the tractor operator; it does not prevent a rider from being thrown from the cab and run over. Doors might not latch, windows pop open. And if the tractor overturns, the rider can be thrown or crushed against the tractor frame: there is no protection for a rider.

Four magic words can prevent almost all injuries and deaths of extra riders on tractors:

NO SEAT
NO RIDER

Judging by the number of deaths caused by extra riders, this may be the most important safety rule for agricultural operations today.

You need to say “no” when adults offer rides on a tractor. If you do not already have the “no seat no rider” rule in your family, talk to your parents. There are decals you can get from organizations, such as Farm Safety 4 Just Kids, to put on tractors as a reminder. It might not always be easy to say “no,” especially when that request comes from a grandparent or a friend who drives a tractor.

You also can stay out of an area where tractors are being operated. It is not safe for bystanders, children or visitors to be in an area where people are working with tractors and other equipment. 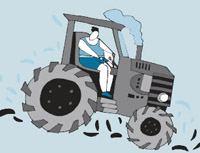 The high injury and death rate associated with tractors hasn’t gone unnoticed. In 1970, the high number of children being hurt in agriculture prompted a national campaign to change child labor laws. As a result, the United States Secretary of Labor identified some agricultural tasks as “hazardous” to youth.

Hazardous farm tasks include operating a tractor larger than 20 horsepower, and connecting or disconnecting implements. People under age 16 may not be employed at any time doing these tasks, unless they have a certificate of safety training or some other special exemption. These laws apply whether or not the youth is paid for the work.

If you are under age 16 and you want to operate an agricultural tractor, you need to find a tractor and machinery certification program in your community. Most programs are open to kids once they are 14 years old, and most include 24 hours of training. To receive a certificate, participants also must pass a written exam and demonstrate their ability to drive a tractor with an implement through a special course.

Kids under age 14 have no business driving a car or a tractor. Here are three science facts that explain why.

FACT #1: Your brain needs fat. Electrical wires are covered so that electrical currents can go straight to their connection. Without this covering, or insulation, currents travel much slower and some do not even reach a connection. The same thing happens in your brain. Messages travel along axons of one cell to dendrites of another cell. Since you were born, your body has been using fatty tissue to build the covering around your brain’s axons. But the job is only about half done. Your brain can successfully send more messages now than when you were younger. And as you get older, you will be able to think faster and better than you do now. Driving a car or tractor requires a lot of messages, and you need to make sure they all get where they need to go, so you safely can get where you need to go.

FACT #2: The two halves of your brain interact. If you are over the age of six or seven, congratulations! The two sides, or hemispheres, of your brain are finally and fully connected! A bridge, or corpus callosum, between your brain’s two hemispheres now sends messages back and forth. This is important because each side of your brain thinks and reacts in different ways. When you were little, you could react only to how things “seemed” to appear. You did not know that stepping in front of a car could hurt you. Now you are starting to think more logically, and know that one thing can cause another thing to happen. But your bridge is new and you still need a few years of practice to become a great thinker, sort of like riding a bike. As you exercise your corpus callosum, you’ll get better at thinking in different ways, at solving problems more quickly, and at making the many decisions needed for the safe operation of a car or tractor.

FACT #3: Your eyeball contributes to your weight. You gain weight as you grow, partly because your eyeballs also are getting bigger. When you are about eight years old, your eyeball is done growing and weighs more than it did a few years ago. Until late teens, the visual area of your brain and the connections to your eye continue to grow and develop. When you were younger, you used to trip and run into things, and you couldn’t catch or throw a ball as well as you do now. This is partly because your eyesight wasn’t as good as it is now. Fully developed eyes will help you more accurately judge distance and time–skills that are very important to safely operate tractors and other vehicles. 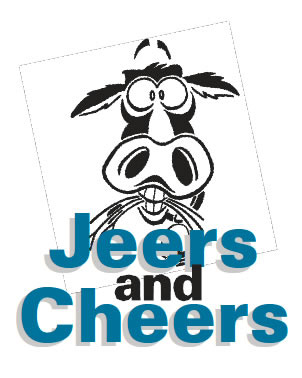 Q. Why did the chicken cross the road?
A. It didn’t want to be an extra rider!!

The Mystery of “The Sick Sister”

Chris knew that his little sister wasn’t kidding this time. “My tummy hurts and I want Mommy!” Susie yelled from the TV room. Chris peeked in and there she was, hanging her head over the couch, her usually rosy cheeks pale and white. She wasn’t in an arguing mood.

Chris knew that Mom and Dad couldn’t hear him over the roar of the tractor and feeder-grinder. They would not even see him because they were busy. He also knew that when his parents were outside they trusted him to keep tabs on his younger sister, and that kids should not be in a work area. But he remembered his family’s special trouble signal, and it was time to use it. He flicked the porch light on and off several times, then stood underneath the apple tree where he knew his Mom could spot him.

It worked. Within a few minutes, Mom was inside calling the emergency room. “They think she could be having an appendicitis attack,” Mom told him as she hurriedly got ready to leave with Susie. “I’m so glad you knew what to do.”

What dangers did Chris avoid by not going out to the area where his mother was working?

What does your family do in an emergency? 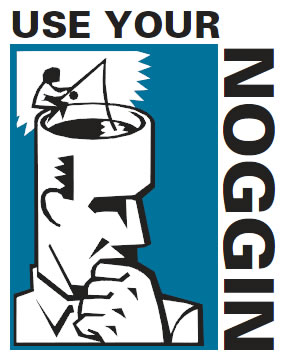 Three kids from the Mystery Club are each asked to be an extra rider by a different person. Using the chart below, can you figure out who asked each child and what the child said? (Each person only had one reason, and no two kids gave the same reason.) HINT: When you put a * in a box, put a “0” in the other boxes in that column and row.

ANSWERS: Maria told her neighbor she wanted to “ be safe.” Alex told his brother it was “dangerous.” Jake told his Grandpa that it was “against the rules.”