A world of chemicals

Scientists have developed new combinations of chemical elements that interact with other chemicals in our environment. These chemical products have many uses, especially in agriculture. Consider, for example, one of the most common chemical elements on Earth, nitrogen.

Nitrogen is one of the building blocks to make amino acids that are found in the cells of every plant and animal. When added to soil, nitrogen stimulates plant growth and can greatly increase crop production, especially corn. However, very little of the nitrogen that is naturally in the world’s atmosphere is in a form that can be used by plants.

In the early 1800s, two German scientists developed a process to make nitrogen from natural gas. The United States improved and expanded the use of that technology during World War II to make nitrogen for ammunition and explosives. After the war, farmers began to use nitrogen to fertilize agricultural crops.

But too much nitrogen fertilizer applied to crops, lawns, and golf courses can get into our water. The nitrogen causes small water plants, or algae, to bloom and crowd out other plants and organisms. Nitrogen also gets into the atmosphere by burning fossil fuels such as coal, gas, and oil for transportation, heating, and manufacturing. Nitrogen is found in animal and human wastes, too.

To protect the environment, many farmers now test their soil to make sure they’re using the right amount of nitrogen fertilizer for their crops. They also are working on other ways to add nutrients, such as rotating between crops that need lots of nitrogen (corn) and crops that have bacteria on their roots to capture nitrogen (soybean and alfalfa).

Nitrogen is just one chemical used in farm operations. Other chemicals are used to manage pests, keep animals healthy, help seeds germinate, and disinfect an area from disease. These chemicals often are very toxic or poisonous, especially if they are in concentrated form.

Some of the most deadly chemicals are those produced as a result of an agricultural activity. Engines produce CO (carbon monoxide gas). Manure pits produce a lethal gas, hydrogen sulfide. Silos can produce several types of poisonous gases.

Chemicals truly can be good, bad and downright deadly. The mystery is understanding which chemicals are dangerous and how to avoid them.

When people talk about dangerous substances on the farm, they often focus on pesticides. Pesticides are a broad range of chemicals used to manage specific pests on the farm from insects (insecticides), weeds (herbicides), and fungi (fungicides) to rats and rodents (rodenticides). Pesticides also can leave traces (or residue) on protective gloves, goggles, boots, and overalls that are worn while mixing or applying pesticides.

People who use pesticides in agriculture need special education and training. Pesticides are so powerful that the federal government has strict rules about what can be sold, how it is labeled, and who can sell them. People who apply certain types of pesticides must have a license. Pesticide applicators are required to wear protective gear and may need to post signs in fields or areas where pesticides have been used. Empty pesticide containers also must be disposed of safely.

Nitrogen crop fertilizers also are dangerous. The most common yet most hazardous fertilizer is anhydrous ammonia. Anhydrous ammonia is applied as a liquid or gas and is kept in tanks at a very high pressure. It can cause severe burns and blindness, even in a few seconds. Other types of fertilizer that come in solid or pellet form can be toxic.

In addition to fertilizers and pesticides, here are other substances on the farm that are dangerous for kids:

Ideally, all pesticides and harmful chemicals need to be kept in a locked storage shed. Adults are reminded to always use these substances in a safe way, keeping the products in their original container and in areas where they cannot leak, freeze, or be opened by livestock, pets, rodents, or insects.

It’s an adult’s job to use chemicals responsibly and keep them away from kids. It’s a kid’s job to stay away from chemicals – even when adults fail to do their job.

The sting or bite of some flying insects, spiders, fire ants, and snakes is poisonous. The sting or bite pumps venom into the body, much like a doctor’s shot, except that a bite damages not heals the body.

Stinging insects include bees, wasps, yellow jackets, and hornets. Although wasps, yellow jackets, and hornets look nasty, bees are far more dangerous. Bee stings contain more venom than the other insects and bees are more likely to sting. A person is 42 times more likely to die from a bee sting than a poisonous snake bite. Usually bee stings only cause death if the person is stung repeatedly in a short time, or the person is allergic to the venom.

Two poisonous spiders live in the United States – the black widow, identified by a red hourglass on its abdomen, and the brown recluse, which has a “violin” on its back. Both types of poisonous spiders are reluctant to bite, and the amount of venom in each bite varies. However, the venom produced by these spiders is very powerful and can be deadly.

Snakes are the most famous poisonous creatures. About 7,000 to 10,000 people are bitten every year by poisonous snakes, but only 12 to 15 people die from the bite. Most poisonous snake bites in the United States are from rattlesnakes, copperheads, and water moccasins (also known as cotton mouth). They are found in every state except Alaska and Hawaii. Poisonous snakes usually only bite when they are handled or stepped on. But once a person is bitten, it is a true medical emergency.

All poisons stink, look yucky, and are something you swallow – WRONG! The fact is, poisons are tricky to spot and enter the body in different ways. Here is one way scientists classify poisons.

Scientists are just beginning to understand all the types of poisons and how they can hurt us. But one thing is for sure about poisons: They are not something to mess with! 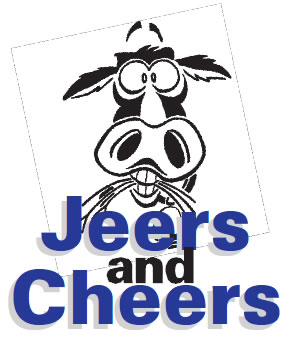 The Mystery of the “One Rubber Glove”

Chelsea was determined to fix her little brother’s bicycle. Jeremiah had ridden over a piece of twine, which was twisted around the back wheel. The wheel would not turn and now Jeremiah was mad! Chelsea headed to the workshop to find the snippers. She looked in the drawer with the garden tools. Not there.

She looked on the shelf next to the bird seed. Not there. On the bench Chelsea spotted something green— almost the same color as the snippers. It was a glove.

“What is that doing there?” Chelsea wondered. “I will help and put it away,” she thought as she reached for the glove. Then she stopped. There was only one glove and it was rubber, not cloth. Chelsea knew this was not an ordinary garden glove. It was the kind her mother wore when she sprayed tomatoes. She went straight to the house and told her mom what she had seen.

“Thanks for finding my glove,” Chelsea’s mother said. “It’s is a good thing you did not touch it. I wore the gloves this morning and probably dropped that glove before I rinsed it. I will take care of that right away.”

What danger did Chelsea avoid by not picking up the rubber glove?

What did she do instead?

What other places on your farm might have chemicals that you should stay away from? 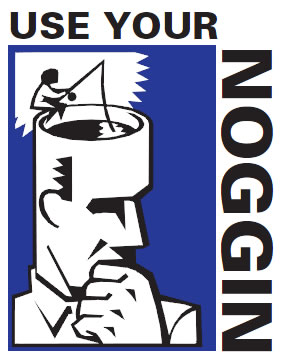 Lou, Sally, and Lee from the Mystery Club each heard about a recent poisoning. They were surprised that each poisoning was caused in a different way and that each victim had a different reaction. Using the chart below, can you find out what poisoning story each kid heard? (No one heard the same story.) HINT: When you put a * in a box, put a “0” in the other boxes in that column and row.