People have been using machines to do agricultural work for thousands of years. Early machines were very simple, such as augers that pumped water from the Nile River in Egypt to irrigate crops in 1000 B.C.

Today’s machines are complex. A combine harvester may have as many as 800 moving parts. Many machines have on-board computers. Some machines are linked to satellite systems that help farmers monitor yields, track applications of various products, and record other information. Machines have become an important and necessary part of agriculture.

Advances in technology have helped agricultural machinery become faster and more powerful, too. Harvest machinery can handle large amounts of crops in a short time, saving a lot of the time and energy that used to be required to do the same jobs. For example, today a new combine can harvest 56 acres of corn in one long afternoon (about six hours). Even with the most modern equipment available in the 1950s, your great-grandfather would have had to work seven eight-hour days to harvest the same field!

Today’s agricultural machines also are built with safety in mind. Combines have automatic shut-off systems. A machine’s computer checks for problems. Most moving parts now have safety guards and shields.

Improvements in technology and safety help, but agricultural machinery still is one of the leading causes of severe, disabling injuries among farmers. And for kids, the rate of injury related to farm machinery is even higher than it is for adults.

What makes farm machinery so dangerous? A machine does not know the difference between crops and humans. A machine will cut a bean stalk as well as a finger. It will crush hay as well as an arm. It will chop silage as well as a leg. A machine just keeps on working, even when people make mistakes.

Adults who work around the same equipment day after day tend to forget about a machine’s power and speed. They take short cuts and try to save time. They let their mind wander, or worry about other things, rather than paying attention to what they’re doing. They try to work too long, and get sleepy, sick, or worn out. Whatever the reason, these mistakes can lead to tragedy.

But people have something better than a machine working for them – their mind. They just need to remember to use it for making good choices and decisions.

Many machines, many hazards 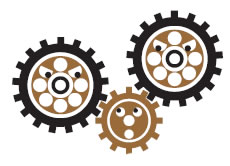 Whenever a farm machine is turned on and running, a part is in motion. Sprockets spin. Shafts turn. Sharp edges move along a surface to cut. There are so many types of hazards associated with farm equipment that these dangers are used to name the hazard.

Crush point – where two objects move together, or a single object moves toward an object that is not moving. These hazards involve fingers, hands, and feet. Machinery with crush points are hitches, jacks, and the bucket arm on a skid-steer loader.

Wrapping point – any machine part that rotates. The turning part can catch clothing or other dangling objects (jewelry, hair, strings). Rough-shaped parts grab faster and are more likely to wrap up items than smooth parts. Spinning or rotating devices are found on augers, combine intake areas, and power take-offs (PTO).

Cutting point – where two edges move across one another to slice an object (like a scissors), or one sharp surface that moves very quickly. This hazard is on sickle bars, lawnmowers, and combine heads. This is the action that harvests crops. It’s also the most difficult hazard to guard against because of the nature and the purpose of its operation.

Burn point – where objects become hot during operation of a machine (and stay hot after it has been shut off). Heat can be created by the burning of fuel, or from friction (two parts rubbing together, such as belts and pulleys). Hydraulic pumps, engine parts, bearings, and exhaust pipes have serious burn points. 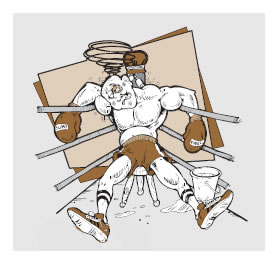 Man and machine in a contest of speed is no competition at all. The machine always wins. Even though most people know that machines are faster than humans, they think they can react quickly enough to avoid an injury—wrong!

It takes most adults an average of 3/4 of a second to react to something. First, you recognize a danger. Next, you consider which action to take. And then you do something to avoid the danger. For example, when you see a ball coming toward your head you can duck to avoid it, raise your hands to catch it, or move your feet to get away from it. It takes you longer to react because you are thinking about which choice to make.

On the other hand, machines do not make choices. Once turned on, machines operate at a set speed no matter what else is happening.

The machine wins and you lose an arm or a leg.

The only way to win is to use your head to avoid dangerous situations.

Machines are a way to transfer power, or energy, from a source to a place where it can be used to perform a task. Here are four kinds of power systems used by farm machines.

A PTO transfers power from the rotational or spinning energy of a shaft attached to a tractor engine. Some PTOs make 540 revolutions per minute (called rpm), while others turn faster at 1,000 rpm. PTOs run many types of machines such as augers, mowers, balers, conveyors, and mixers. The amount of power moved through the shaft depends on the size of tractor engine spinning the PTO. PTOs generate enough force to rip denim blue jeans in half, tear clothing off people, and crack bones when a leg is wrapped around the shaft.

Key danger: Clothing, hands, feet, hair, jewelry, ties, and other items can get wrapped around the shaft. An item that even gets close to the shaft can be pulled into it! 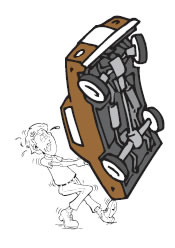 A hydraulic system transfers energy that builds up in fluids under high pressure. A pump is used to build up pressure in fluid stored in small steel tubes or reinforced hoses. The pressure can be as much as 2,500 pounds per square inch (psi), the same weight as balancing a small car on your toe.

Key danger: Very small holes or leaks in hydraulic hoses send out powerful jets of fluid that can penetrate skin (the same principle used in giving vaccinations). Never touch a hydraulic hose! Another danger is sudden loss of fluid pressure, which causes the entire power system to fail without warning. For example, a front-end loader bucket can drop on someone standing underneath it.

An electrical system transfers energy from a battery or a power plant. It is used to run motors that operate fans, turn augers, or move conveyors.

Key danger: The biggest danger is electric shock — coming in contact with bare wires, overhead power lines, or frayed extension cords. Electric current always follows the easiest path, which can be your body if the machine is not working properly. Electric shock is deadly and can kill instantly. It also can cause muscle spasms, severe burns, and unconsciousness.

Belts and pulleys/ chains and sprockets

These combinations of devices transfer power from the spinning or rotational energy of a shaft attached to an engine. They are used in complex machines such as combines, cotton harvesters, and balers. They also are used in machines that carry crops and other materials a long distance, including conveyors, grain elevators, silo unloaders, and manure wagons. The belts and chains move very, very fast.

Key danger: Fingers are often caught between the belt and pulley or the chain and sprocket. This happens quickly. Other loose items also can be wrapped up in the belts and pulleys or chains and sprockets. 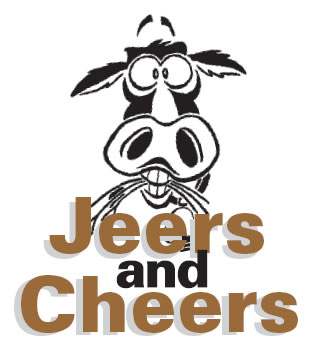 The Mystery of the “Offer Too Good to Refuse”

“Jeremy, what on earth were you thinking?” Jason asked as they rode the bus home from school. “I would have given anything to drive your cousin’s new ATV to the Wilson’s yesterday!”

Jeremy knew it sounded too good to be true: an offer from his 15-year-old cousin to drive the family’s brand-new all-terrain vehicle to a neighbor’s farm. Jeremy said no. More than that, 12-year-old Jeremy refused to even ride with his cousin to the Wilson’s. Instead, Jeremy stayed home to do chores.

“You are right,” Jeremy answered. “I wanted to drive that new ATV really bad. It is so cool, with that big engine and everything. My Dad says it has a 120 cc engine, so my cousin is not old enough to operate it legally. You gotta be 16.”

“We also would have had to drive on the road to get to the Wilson’s,” Jeremy continued. “That is a no-no for ATVs. Remember that from class last year?”

“And I did not have my helmet, gloves, or boots,” he added. “When my cousin offered to let me ride with him, I knew he did not know what he was talking about. Everyone knows that ATVs are built for only one person, the operator.”

“I guess I did not think of all those things,” Jason said. “Maybe it was not such a dumb thing to say no, afterall.”

What dangers did Jeremy avoid by not accepting his cousin’s offer?

What other safety rules does Jeremy need to follow when he operates an ATV? 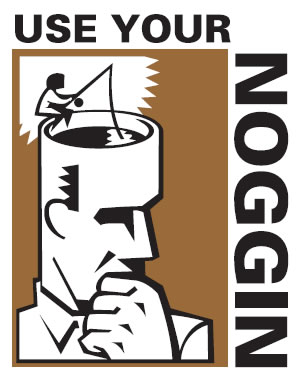 Adam, Keesha, and Francie from the Mystery Club were scared because they each saw their parents taking risks around a power take-off (PTO) while it was running. When they shared with one another what they saw, each gave different reasons why PTOs are dangerous. Using the chart below, can you figure out what each person saw, and what item could have gotten caught in the PTO? HINT: When you put a * in a box, put a “0” in the other boxes in that column and row.

ANSWERS: Adam’s father almost got his shoelace caught because he is too slow. Keesha’s mother almost caught her hair because PTOs are too fast. Francie’s father was wearing a sweatshirt hood with strings and Francie knows that PTOs are very powerful.