A western wildfire from days gone by

A cloud of dust rolled across the prairie. The sound of thunder became louder every minute and the ground began to shake. Suddenly, they appeared on the horizon.

Buffalo! Hundreds of them! The air was filled with panic as they ran closer and thousands of hooves destroyed everything in their path.

In 1870, 3,000 cattle stampeded as they were being driven on the Chisholm Trail from Texas. The animals were frightened by lightning.

Stampedes are rare today. The wide open spaces now have fences and other boundaries to contain livestock. But it is just as important for a farmer or rancher to understand the behavior and instincts of animals—both wild and domesticated — as it was 130 years ago.

Animals are linked to one of every five injuries on the farm. The most common injuries to kids involve animals. Animals can bite, kick, claw, peck, gore, chew, and step on people. They also can pin a person between a gate, farm building, implement, or another object.

The difference in size often gives farm animals an advantage over humans. An average cow can weigh more than 1,000 pounds, as much as a small car. And when it comes to kids, animals definitely have the upper hand or hoof!

Animals also may have the advantage over humans in their ability to see, hear, and smell. For example, cows have nearly a 360-degree field of vision, meaning that they almost see behind them without turning their head. Quick movements that you don’t think they can see may startle them. Chickens and turkeys, because of their good sense of hearing, also may be easily spooked.

Like people, animals have different temperaments. Some exotic species, such as emus, can be very mean and peck at things for no apparent reason. Even within the same species, some animals can be difficult to get along with. One hog may be stubborn or aggressive, and another hog generally is friendly.

Most of the time, animals run away or attack when they are surprised, scared, hungry, or sick. But, as in the case of stampedes, they can be very unpredictable!

Animals are creatures of habit. Cows gather around the barn just before milking time. Your dog runs to the feeding dish when it hears the food sack being opened. Habits are a type of learned behavior that help animals adjust to their environment and stay comfortable. Understanding an animal’s habits also can help people stay safe.

Social animals. These animals are used to living in a group. When they are alone they can become lonely, sad, frightened, or excited. An example would be dairy cattle, horses, or turkeys. When they are isolated, they are easily upset by sudden movements or things that normally would not upset them. The longer that they are alone, the more upset they become.

Social animals form relationships with caretakers, too. A horse that follows commands from an adult who takes care of it ignores the same words from someone else.

Maternal instincts. All domesticated animals have strong feelings for their young. This is a survival behavior because it helps them protect the most vulnerable members of their group. Often animals become aggressive just before and after they give birth.

Territorial protection. Domesticated animals try to protect the area where they live and eat. So do wild animals. This is why a dog growls at other animals, even its babies, while it is eating. 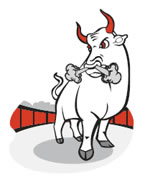 Most animals show some kind of warning when they are angry, upset or ready to attack. Common warning signs are:

Caretakers learn a particular animal’s behavior, and notice signs of trouble. As you spend more time around animals, you will be able to see their signals, too.

When you are upset or frightened, you might holler or scream. Animals bite. Unfortunately, people sometimes are on the receiving end of an animal’s choppers. It is estimated that between one and three million Americans each year are bitten by animals, most often dogs. About one-third of all animal bites happen to kids.

Although animals use their teeth for self-defense, teeth are most important for eating. You can tell a lot about an animal’s diet by its teeth.

Since we share a world with animals, it should not surprise us that we also share some diseases. This may be especially true in rural areas and on farms. Diseases that can be transmitted between humans and other animals are called zoonotic diseases.

A place in history

Zoonotic diseases have shaped our history. Black Death, also called the Plague, swept through Europe and Asia from the 1300s to the 1600s. It killed one-fourth to one-third of all the people. The disease was caused by bacteria carried by fleas from rats to humans.

During World War I, the Spanish Flu killed more soldiers than the war. An estimated 40 million people died, which helped end the war. It was renamed the Swine Flu when scientists discovered that it was caused by a virus carried by hogs.

In 1996, several people in Great Britain died from a variation of “mad cow disease” (bovine spongiform encephalopathy). It is believed that brains of infected animals were in beef eaten by these people. No deaths have been reported in the United States. 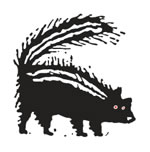 Rabies. This is probably the most familiar and most feared zoonotic disease. People who have been exposed to rabies can be treated, but the disease is always fatal once symptoms begin. The chance of getting rabies is lower in the United States than it used to be because more people know about the disease and laws require pets to be vaccinated. It still is important to beware of wild animals that show strange behavior.

Today rabies often is associated with cat and skunk bites, and when farmers and veterinarians check cattle who are salivating. It is estimated that as many as 18,000 people need rabies treatment each year in this country

Giardiasis. This disease is caused by tiny, one-celled animals in the gut of both animals and humans. The organisms are found in poop and can be carried in streams or floodwater. Giardiasis can cause fever, nausea, and stomach pain for several days.

Lyme disease. Lyme disease is caused by bacteria carried by deer ticks, and much has been written about it. In wooded areas where ticks may be present, people are advised to wear a long-sleeved shirt and pant legs tucked into socks. It also is a good idea to use tick repellant and have someone check for ticks after leaving a wooded area.

A good way to prevent many diseases is to wash your hands after touching any animal. Here is a no-fail method: 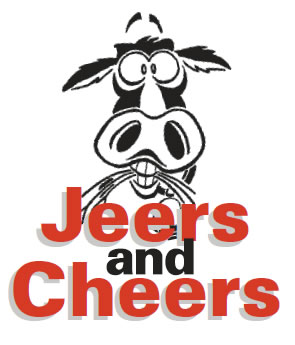 The Mystery of “The Mad Raccoon”

Maria hid behind the honeysuckle bushes in the backyard. Today she would catch the thief red-handed! Maria had filled the bird feeder three times already this week. No one in her family had seen any birds. But the sunflower seeds mysteriously disappeared each day. The bandit left nothing but a messy pile of hulls.

Just then she heard a rustle of grass. Something furry, about the size of a large cat, lumbered up to the feeder, stood on its hind legs and started eating the seeds. It was a raccoon!

Maria grabbed for a rock and was ready to throw it. Then she remembered that the only time she had ever seen a raccoon was in the evening and realized they were nocturnal. They mostly stayed by the barn. Maria put down the rock and quickly went inside to find her dad.

“Maria, you are a good detective,” her dad said as he looked out at the stray raccoon. “It is not right to see raccoons at this hour of the day. I’ve been watching for strange animals ever since I heard on the news there had been an outbreak of rabies in our area. I’m going to call the county animal control officer to check it out.”

What dangers did Maria avoid by not throwing the rock at the raccoon?

What did she do instead?

What other stray animals might show signs of strange behavior? 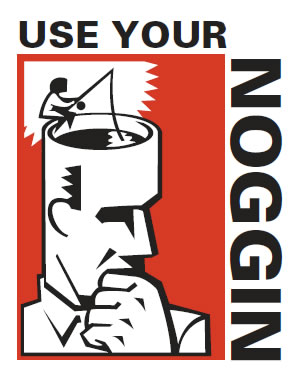 Cesar, Eva, and Tony are members of the Mystery Club. Each had a city cousin visit their farm, and each had to rescue the cousin who went into a livestock area without permission. Cesar, Eva, and Tony recognized the animal’s warning signs and luckily, no one was hurt. Using the chart below, can you figure out who saw which animal’s warning sign? (Each farm kid only saw one warning sign, and each farm had a different animal.) HINT: When you put a * in a box, put a “0” in the other boxes in that column and row.

ANSWERS: Cesar saw the bull paw the ground. Tony saw the goat lower its head. Eva saw the horse pin back its ears.