It began late Sunday night, October 8, 1871. Blamed on a cow that kicked over a lantern in the O’Leary barn, the fire quickly got out of control. Within two days, the fire had killed 250 people, left 90,000 homeless, and destroyed nearly a third of the city. People said debris from the fire fell from the sky like red snow, covering the prairie for miles around.

Many legends surround the Great Chicago Fire, but the truth is that emergencies often turned into tragedies in those days. In 1871, fire departments hauled their own water by horses and pumped it by hand. People reported emergencies by sending someone to the fire department. Many responders were volunteers not trained to fight fires.

It is difficult to imagine a fire of such size happening today. Many homes have smoke detectors and fire extinguishers, and are connected to public water systems. Public buildings have automatic sprinkler systems and quick communication with people trained to fight fires and provide first aid.

One of the biggest changes in handling emergencies began in the late 1960s. Telephone systems were developed that could automatically route 9-1-1 emergency calls to local responders (police, fire, and ambulance services). In 2001, almost all counties in the United States had the 9-1-1 service from their traditional telephones. Counties without 9-1-1 service generally are rural areas with few people.

In the 1980s, many areas began to adopt an enhanced 9-1-1 system. This system automatically tracks the source of the telephone call. A dispatcher sees the telephone number and address of the caller on a computer screen as soon as the 9-1-1 call is received. For this system to work in rural areas, all homes must have a standardized address (street name and number).

Many areas of the United States still do not have enhanced 9-1-1 service. It is always a good idea to know your address and phone number in case the dispatcher needs it.

Today’s rescue systems still have a weak point: they rely on people to respond in the right ways. A good emergency response cannot prevent a tragedy from occurring, or make the ambulance arrive sooner. The best thing you can do in an emergency is to keep a cool head and know what to do.

Many farms, many emergencies 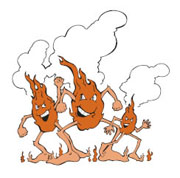 Farms can be a great place to grow up, but they also have many dangers not found anywhere else. That is why it is important for kids who live on farms to know what to do in an emergency. You could be the first person on the scene – the first responder – who has one of the most important jobs in an emergency.

What happens during the first hour after someone gets hurt can mean the difference between an injury that is easily treated and one that threatens someone’s life. Rescue workers call this the “golden hour.” As a first responder, your job is to see what has happened and get help as quickly as possible.

Many farms are in isolated areas where fire, police, and ambulance services might be some distance away. Injuries also can happen in remote areas on the farm, such as a field or building away from the house. This makes the job of the first responder especially important.

Many farm tasks are done outdoors, so weather can be a big factor. Know when to find shelter during a storm and try to keep an injured person warm and dry.

Fires pose unique dangers on a farm, too. Fire started by a spark from a combine can spread to an entire field. Fuel spilled on a hot engine can catch fire. Small fires quickly can become big fires, so it is always best to get help.

Other emergencies might include livestock and animals; tractors and farm equipment; confined spaces such as grain bins, silos, and manure pits; and slips and falls from tall equipment, buildings, or into uncovered wells or farm ponds. As a first responder, your job after getting help may be different for each situation.

And the golden rule during the golden hour for a first responder: NEVER put yourself in danger trying to help someone else!

A family that is ready to respond to injuries will have first aid kits in key locations. Every family member needs to know where to find the kits and be able to reach them.

Each kit should contain a list of emergency telephone numbers, a first aid booklet, and supplies. First aid kits are not used for minor aches and pains (like headaches), so they only will have items for major injuries. Each kit is likely to contain antiseptic, bandages, compresses, tape, splints, and plastic bags.

Being ready to respond to emergencies is more than knowing where to find first aid kits. Because of the time it may take for help to arrive, your response is critical.

First, remain calm and check the area. Is an overhead power line down? Is an angry animal still loose? Never put yourself in danger.

Then find out about the emergency. Never move someone who is hurt. If the person is unconscious, you need to get more help. If other people are around, send them to call for help while you stay with the injured person, or you go for help. Always try to keep an injured person awake until emergency crews arrive.

When you call emergency personnel, stay on the line. Be ready to tell the dispatcher where you are, what the problem is, how many people are hurt, your name and telephone number, and answers to other questions from the dispatcher.

Severe weather poses unique dangers. But we have the advantage over these natural hazards when we’re prepared for them and understand the science behind weather extremes.

Science has helped us get rid of the many myths we have had about lightning so we can prevent electrocutions. We have learned that lightning can strike the same place twice, it does not need to be raining in order for you to be struck by lightning, and you should never lie flat on the ground if you are outside during a thunderstorm. A couple interesting facts:

During a thunderstorm, it is always a good idea to seek shelter in an enclosed building, cars, or buses (but do not touch any metal). If you cannot go inside, bend in a crouching position on the balls of your feet with your feet together.

Water is a powerful force of nature. The same power that cut gorges through granite mountain ranges also carries vehicles off roadways and people into danger during flash floods. Water flowing through the Black Canyon of the Gunnison in Colorado has enough power to pick up and carry boulders up to 6 ft. in diameter. That same force works in low-lying areas after heavy rainfall.

Streams with large watersheds can rise within hours, carrying water downstream to areas that may not have had any rain. If you live in a low-lying area, it is always a good idea to listen for flash flood warnings during and after heavy thunderstorms.

The city of Vostok, Antarctica has the lowest temperature on record – a minus 128.6ºF – but you do not have to live at the South Pole to die from the cold. A person can die very quickly when the core body temperature drops below 96ºF. This condition is called hypothermia. Early signs are confusion, drowsiness, and uncontrolled shivering. Being outside in cold weather also can result in frostbite when skin freezes and is destroyed. In cold weather, it is a good idea to wear layers of clothes, keep dry (moisture takes heat away from our body), and stay inside on windy, cold days.

Nearly 500 people died during the 1995 heat wave in Chicago. High temperatures, combined with high humidity, can be a deadly combination. Warm temperatures are bearable when the humidity is low because our bodies release moisure in the form of sweat, which evaporates and creates a cooling effect. But when the air already has lots of moisture (high humidity), it is more difficult for sweat to evaporate and keep us cool. Our bodies begin to overheat and lose energy. This can lead to heat exhaustion, heat cramps, sunstroke, and eventually death. In warm weather, it is a good idea to reduce physical activity, wear light-coloring clothes to reflect sunlight, find a cool place during the hottest part of the day, and drink plenty of water. 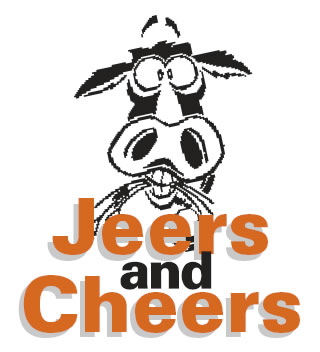 The Mystery of the “Muffled Cry”

Samuel did not pay much attention the first time he heard the sound. It was probably the television in the other room. But when he heard a faint cry again, he was concerned.

The muffled sound grew louder as Samuel opened the door to the basement. He could barely make out the words: “Help, help. I’m down here.” It was his brother!

Samuel followed the whimpers to the store room. There was five-year-old Johnny in a crumpled heap beside a tall stack of boxes. Beside him was a stool that Johnny must have used to climb the cardboard tower and started to open the top box marked “holiday decorations.”

“Come get me!” Johnny wailed as soon as he saw his older brother. “My neck hurts!”

Samuel knew they were alone in the house until Mom and Dad finished chores. He also knew that he shouldn’t try to move Johnny. “I’ll get the cell phone and be right back,” Samuel said.

A few minutes later, Samuel returned and dialed 9-1-1. The dispatcher asked lots of questions, and Samuel could answer every one. Johnny seemed more calm, too.

“You are a good responder,” the dispatcher told Samuel as they all waited for the ambulance. “You knew exactly what to do, who to call, and to stay on the line. Johnny is lucky to have a brother like you.”

Why did Samuel not want to move his brother?

What other emergencies could happen on your farm where you might be the first responder? 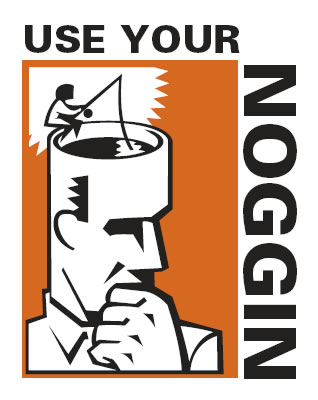 Fires can happen to anyone at any time. Hannah, Chris, and Camy from the Mystery Club each found a different kind of fire. Luckily, they all knew where to find the right extinguisher to use on the fire. Using the chart below, can you figure out what each person saw and did? HINT: When you put a * in a box, put a “0” in the other boxes in that column and row.

* A sharp safety sleuth knows that a Type ABC extinguisher can be used on most fires. Type C is only for electrical fires, Type B is only for fires involving fuels and flammable liquids, and Type A is used with other ordinary combustibles such as paper and wood.